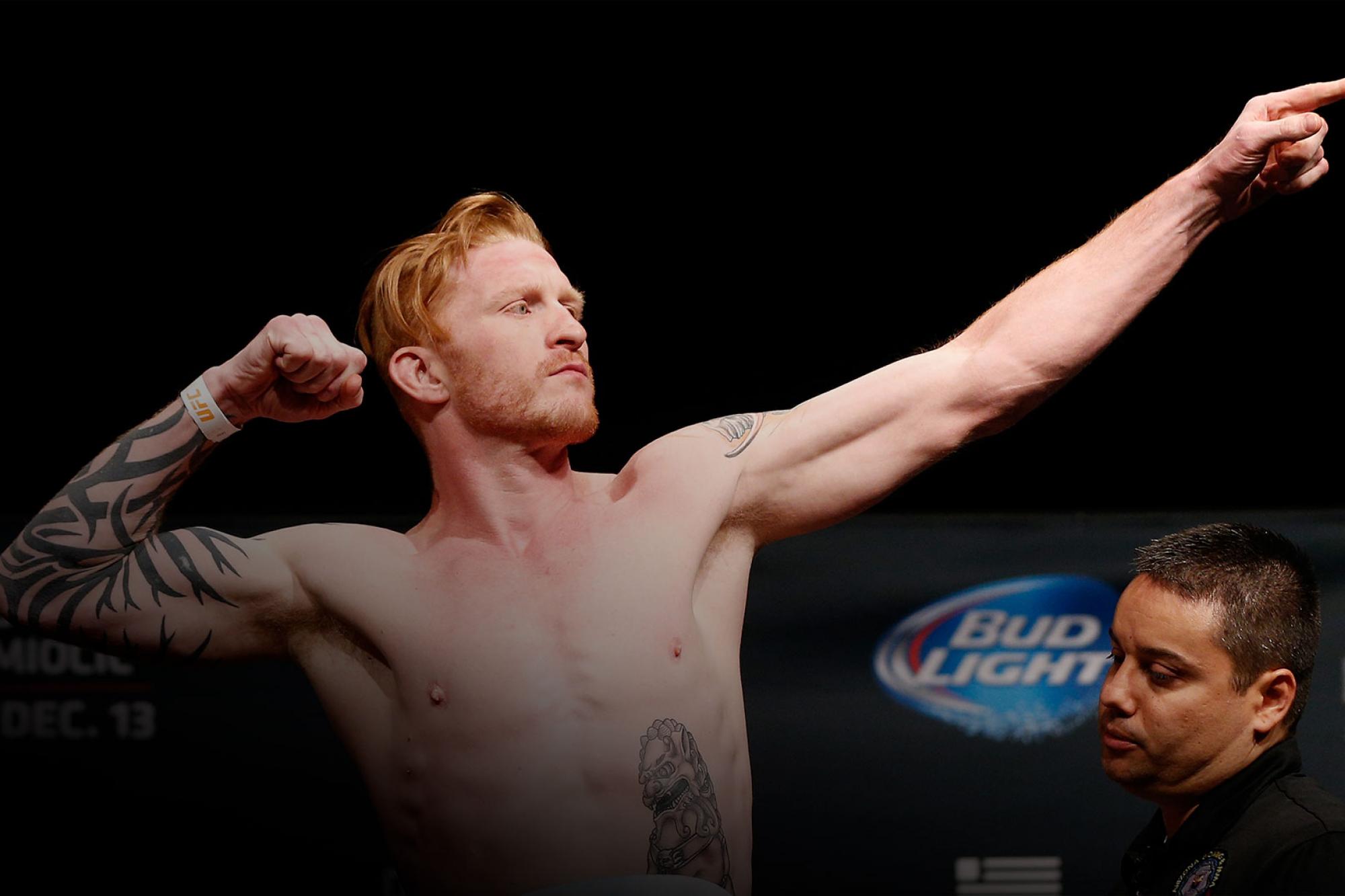 Ed Herman developed a chip on his shoulder early in TUF 3 and used to his advantage
By Walker Van Wey • Jun. 3, 2020

Ed Herman’s experience on The Ultimate Fighter didn’t go according to plan in almost any way, but as TUF 3’s last man standing, Herman is at peace with how it all turned out.

As a 25-year-old prospect in 2006, Ed Herman knew that Tito Ortiz was a fighter you either loved or hated the most. In the case of Herman, “The Huntington Beach Bad Boy” was his favorite fighter and expectations were high as he hoped to get picked for Team Ortiz. 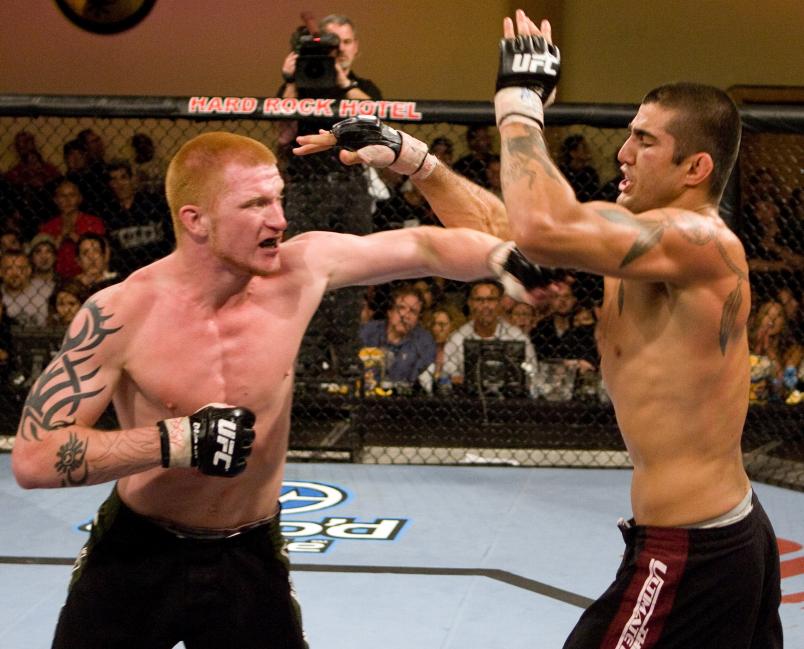 It was beginning to anger the fighter known as “Short Fuse,” as both his favorite fighter and opposing coach Ken Shamrock were passing him up. And when he was picked for Team Shamrock with the 12th overall pick, Herman made a conscious effort to not only win the show but rub Ortiz’ face in it every step of the way.

“He had a really good coaching staff,” Herman said. “I wanted to learn from guys like Saul Soliz and Dean Lister and Tito. I kind of got ripped off.”

As Team Ortiz continued winning fights, Tito retained control of each and every fight and toyed with Herman with every pick. Making sure to proudly tell the cameras he would choose Herman to fight last, he also admitted he wished he had picked him but that didn’t stop the mental warfare.

Week in and week out, Herman told everybody in the house he was itching to fight and telling America he was the best fighter in the house. Once claiming to have more fight experience than Tito, Herman finally got his chance to prove himself on episode eight when he entered the Octagon against Danny Abbadi.

Known primarily as Matt Hamill’s closest friend, not much was known about Abbadi’s specialty, but with how much Tito rattled Herman’s cage, it wasn’t going to matter. Herman stopped Abbadi in the first round by armbar and set his sights on even more of a statement in the semifinals. 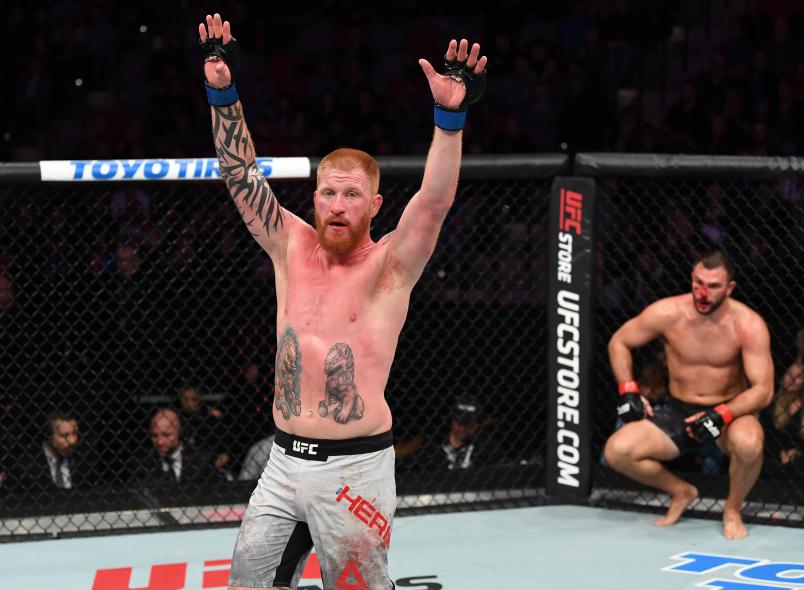 Episode 11 rolled around and tensions were tangible as Herman was accused of defacing his semifinal opponent Rory Singer’s gloves, headgear and food.

“I remember having a good time trying to get in Rory Singer’s head,” Herman laughed. “The night before we fought, I had an empty bottle of whiskey that I had probably drank a few nights before and I put apple juice in it. He came downstairs and I was hitting it like it was whiskey off the bottle. I was acting like I was kind of tattered. He was like, ‘I can’t believe you’re so disrespectful, you drink the night before we fight.’”

Whether Singer found out before the fight or when the show aired is anybody’s guess, but Herman sealed the rivalry with a second-round submission and a trip to the finals.

With what felt like little help, Herman, fueled by experience and vengeance, was Ken Shamrock’s lone representative in the finals. With a six-figure contract on the line, “Short Fuse” battled it out against Kendall Grove yet fell short. While it was a controversial decision to some, it was a lesson to never leave the fight in the hands of the judges. 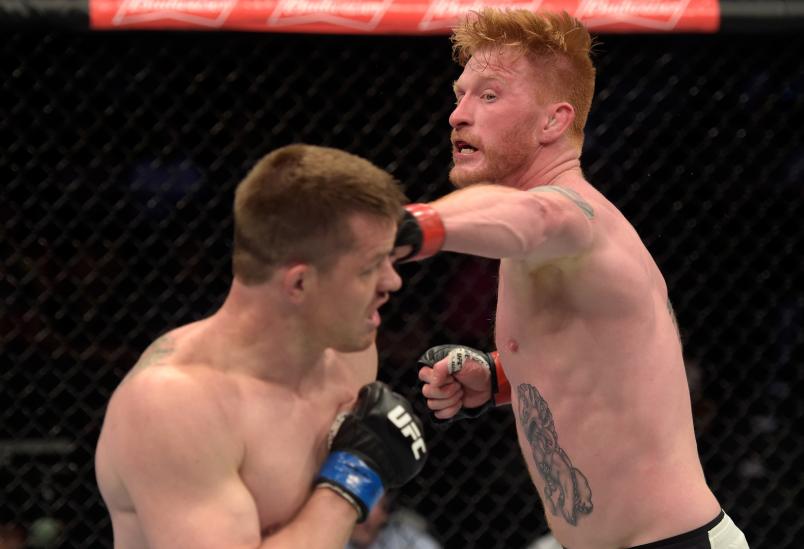 “You could see that those guys were getting better coaching,” Herman said. “It was very apparent throughout the whole season. That was definitely a frustration of mine; I went there to get better. I don’t really feel like I got that much better. I feel like I won the whole thing anyway. I think I won that fight but, either way, it was an epic fight.”

Even without the six-figure contract, Herman has able to amass more than 20 fights in the UFC, and since Michael Bisping retired in 2018, he is the last cast member of TUF 3 standing.

What was once ill will toward Tito and others in the house has been dulled down to a minor chip on the shoulder. For the good and bad that was shown, Herman was happy that the world got to see the real emotions and preparation of fighters. For better or worse, it was exactly what he needed as a 25-year-old fighter.

“Overall, it was a fun experience for my career and it gave me a lot of exposure right away,” Herman said. “I think it was a cool opportunity for a lot of guys to go get exposure and people to learn our story.”

Whether you loved him, or hated him, Ed Herman is still kicking long after the others have called it a career.

For every one of Ed Herman’s fights in the Octagon, Strikeforce and Pancrase sign up for UFC FIGHT PASS today!