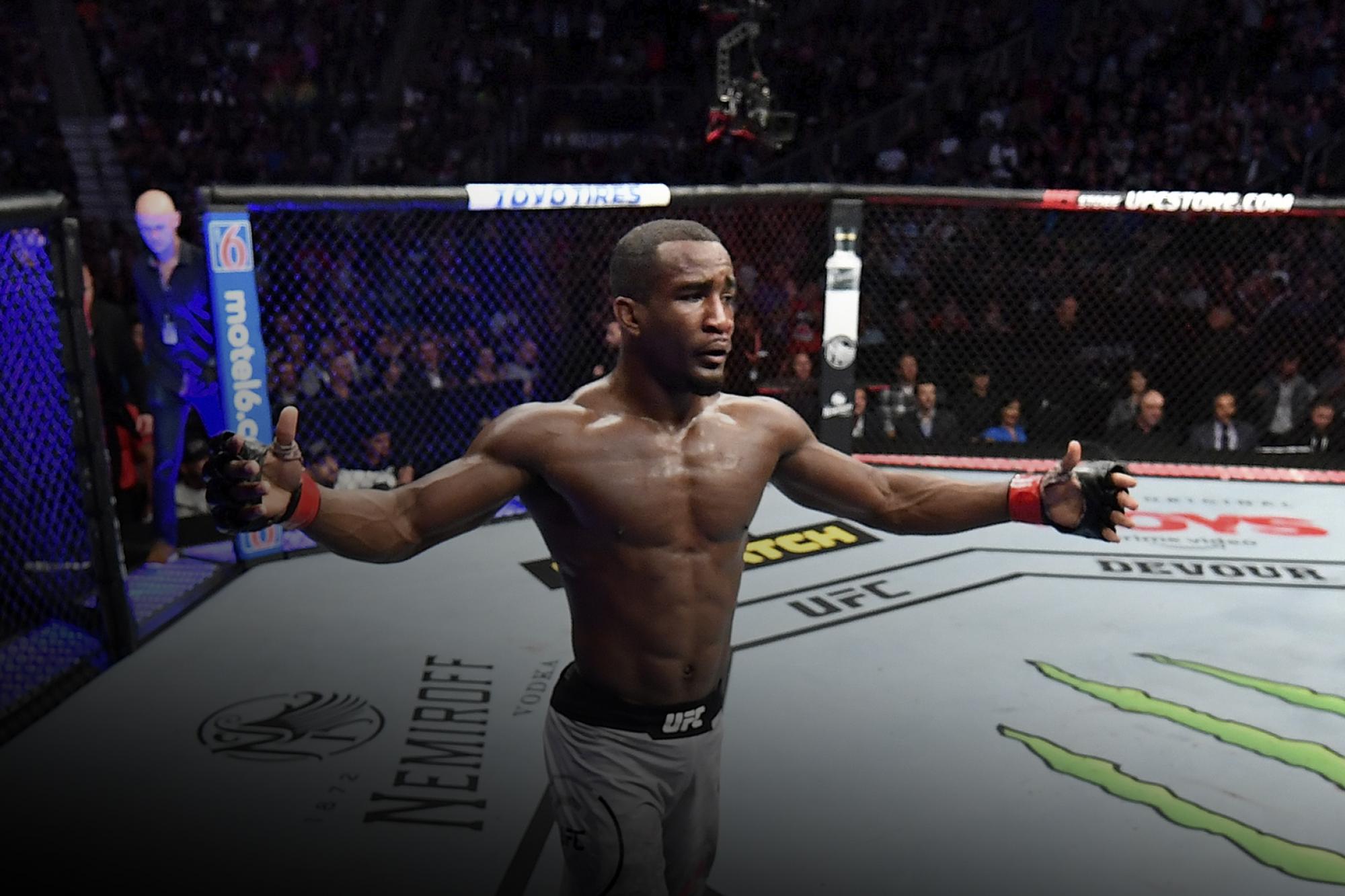 Geoff Neal has put together a four fight win-streak since earning an UFC contract on Dana White's Contender Series, now it's time to make a run to the top of the division.
By Gavin Porter, On Twitter @PorterUFCNews • Dec. 9, 2019

Stick to the game plan and do your job.

That’s how Geoff Neal has quietly moved into the UFC’s welterweight rankings. Well, that and the fact that he’s finished three of his four UFC opponents since earning a contract on Dana White’s Contender Series in 2017.

Those performances have earned “Handz of Steel” a fight against the one and only “Platinum” Mike Perry at UFC 245. And while Perry may be known for his big personality, Neal is determined to be recognized for his skills inside the Octagon.

“I’m not much of a talker, so I’ve got to let my actions be louder than what I say,” Neal said. “A lot of people don’t constantly look for finishes, but I only have one way to fight and I don’t like to run away and point fight. It’s a pride thing. When you got a fight at school or something you fought to win, and I still look at fights in the UFC with the same mentality. I want to win because at the end of the day it’s for pride.” 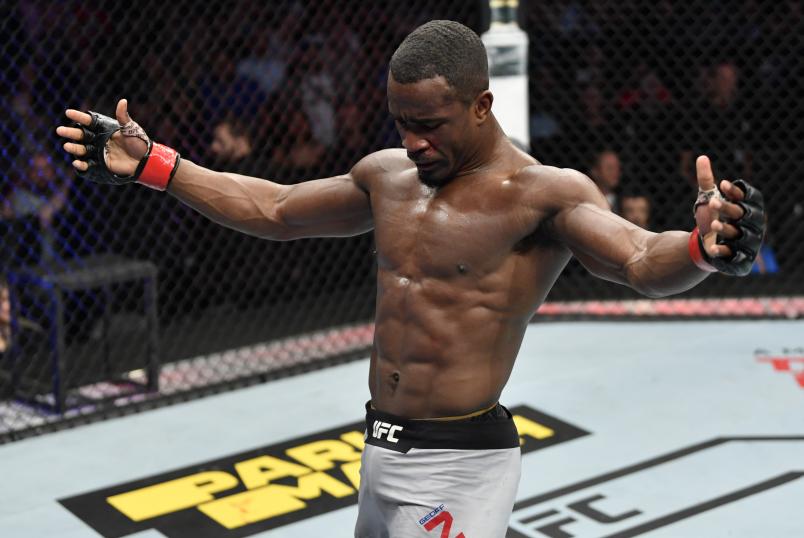 Geoff Neal celebrates after defeating Niko Price in their welterweight bout during the UFC 240 event at Rogers Place on July 27, 2019 in Edmonton, Alberta, Canada. (Photo by Jeff Bottari/Zuffa LLC)

Neal put his pride on the line most recently against the dangerous Niko Price on the PPV portion of UFC 240. Fighting an exciting competitor like Price made it easy for Neal to find motivation in the lead-up to that fight and he feels the same way about his matchup with Perry.

“Honestly, it makes me train way harder,” Neal said. “He’s a guy who I’ve always thought would be fun to fight and I have no idea what to expect in the fight. I could break my hands; I might have cuts on my face. But I’m going to have to push through it and get the job done.”

In August, Perry fought Vicente Luque and suffered a gruesome nose injury, but that didn’t slow him down one bit. Perry’s toughness is something that Neal believes sets him apart from other fighters that he’s faced.

And that’s when Neal brings that whole “pride” thing back up.

“His toughness is what separates him from the rest of guys that I’ve fought,” Neal said. “He is never going to go away, he’s going to be trying to take my head off and I’m going to try to take his head off. This is going to be the biggest fight of my life and I just can’t wait for December 14th.”

The welterweight picture will get some clarity that night, as Kamaru Usman will look to successfully defend his championship against former interim champ Colby Covington. Neal hopes that a statement win over Perry will create options that set him up for a run for that very belt in 2020.

“Once I get this win on the 14th, after that the sky is going to be the limit,” Neal said. “I’m going to be able to get these fights that I’ve wanted for about a year now and really go for it in 2020.”

I want to make a statement against Perry and I don’t care whether that’s a first-round knockout out or a three-round war. The real goal is to be dominant. If the finish comes it comes, but I’m not going to focus on that. I want to be dominant.”

UFC 245 starts at 10pm/7pm ETPT live on PPV, but Neal and Perry will headline the UFC 245 prelims which start on ESPN at 8pm/5pm ETPT.