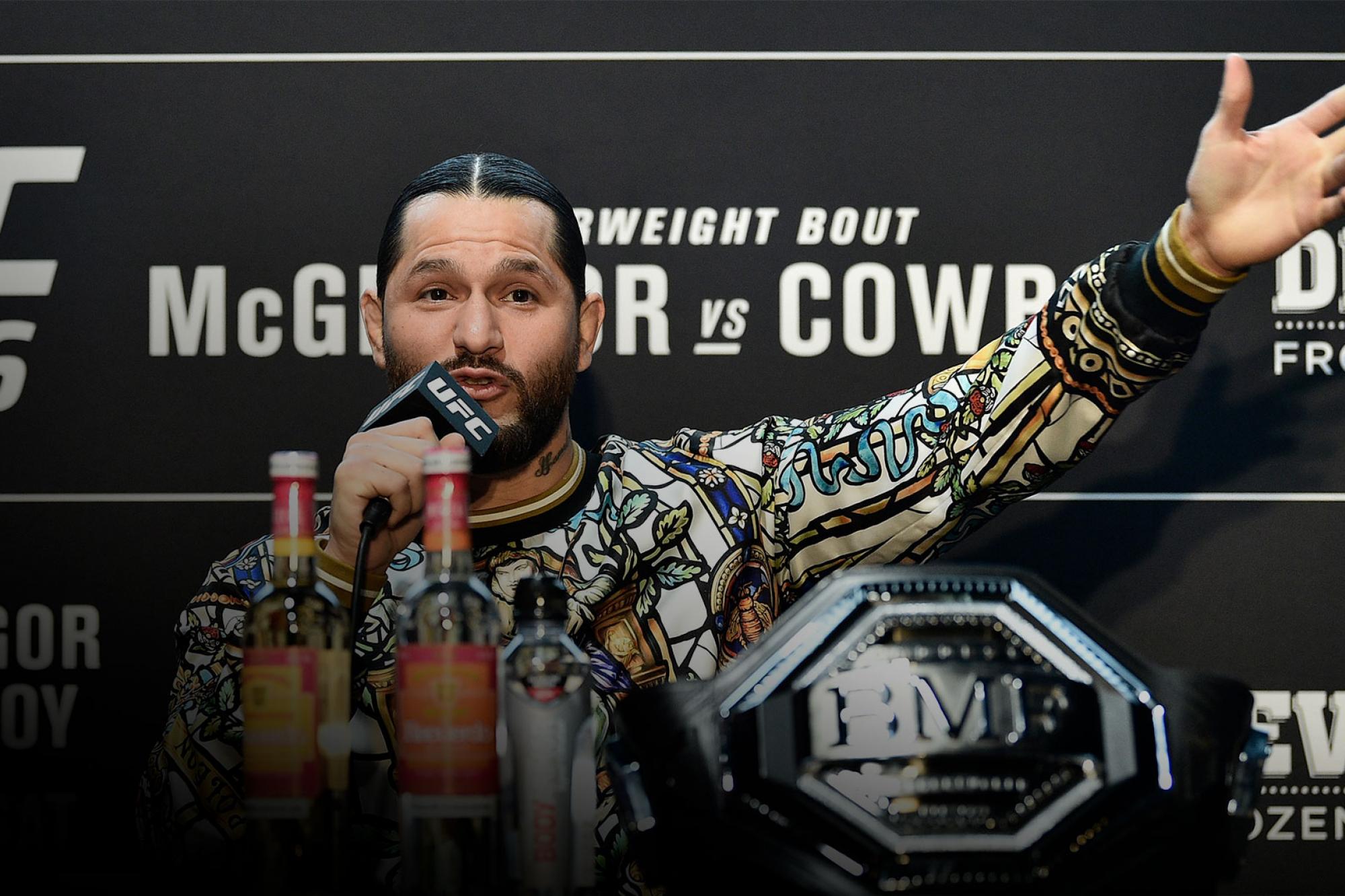 Take a deep dive into the key stats of some of the biggest upcoming match-ups at UFC 251
By Zac Pacleb, on Twitter: @ZacPacleb • Jul. 8, 2020

Fight Island is real, and it is finally here with a bang. Three title fights, including a short-notice banger dripping with animosity in the main event, headline UFC 251, and the differences in the bouts are hard to spot at face value. Even though a pair of fights on the main card are rematches, differing circumstances present more questions than answers heading into the second bouts in question.

With that in mind, and with all the combat video game references that come to mind regarding Fight Island, let’s look at the stats of the weekend’s combatants and see what could make the difference on June 11.

(All stats according to UFC’s Record Book and FightMetric as of July 8, 2020 and only include active athletes in their respective division unless noted otherwise)

What It Means: Dominant is a word that gets thrown around too much and should only be reserved for the likes of Kamaru Usman. A cardio monster who leans on his ability to overwhelm and grind as a wrestler, he has yet to meet a fighter who can hang with him for an entire fight. Even in his most recent bout against Colby Covington, Usman outstruck the challenger and earned a fifth-round finish. If you’re fighting Usman, prepare for a long night.

What It Means: Jorge Masvidal is as crafty and intelligent a fighter as any on the roster and carries real knockout power. Explosive, technical, and sharp, don’t mistake Masvidal’s technical prowess for a fighter who is looking to outpoint his opponent. Riding a three-fight winning streak, with each victory coming by stoppage, Masvidal’s self-described “resurrection” has resulted in an enhanced sense of finishing instincts.

What to Look For in the Fight: Kamaru Usman’s path of least resistance is always going to live in his ability to wrestle, so his priority likely leans that way, but if Jorge Masvidal can keep it on the feet long enough to unleash a few powerful bombs, he can thwart the champion. Masvidal isn’t only looking for the home run strike, though. He’ll set his traps and find his spots unless he has something special planned like he did against Ben Askren, but even so, Usman’s sheer dominance hasn’t found an equal yet.

What It Means: Alexander Volkanovski is a quirky matchup for anyone. Despite his smaller stature at 5-foot-6, he holds a 71.5-inch reach that helps him manage range. He is also a powerful athlete with plenty of cardio, which allows him to command the tempo of the fight no matter where the bout goes.

What It Means: Max Holloway is the epitome of a volume striker. With his non-stop motor, beautiful range management and ability to pick up on timing quickly, Holloway doesn’t let his opponent breathe while using tapping strikes until unleashing more powerful ones as openings present themselves.

What to Look For in the Fight: Volkanovski’s ability to chop at Holloway’s legs impacted the first bout greatly, and the Australian didn’t really shoot for takedowns with any regularity. Holloway’s takedown defense has been strong previously, and Volkanovski said he believes he needs to finish Holloway in the rematch. Whoever can control the tempo of the fight more frequently is likely the one who will find more success when the bout is on the feet.

What It Means: Petr Yan has the kind of freaky power that doesn’t require any sort of wind-up. Often, he is patient early in a fight, but once he picks up whatever reads necessary, he can unleash smooth and fluid striking combos that often leave opponents stumbling.

What It Means: Jose Aldo is one of the greatest featherweights in UFC history, if not the greatest, and he showed in his bantamweight debut against Marlon Moraes he has the speed and power to succeed at 135 pounds. Well-versed in five-round fights, Aldo’s explosive striking can still pressure the most imposing opponents.

What to Look For in the Fight: This bout lends itself to a striking battle even though Yan showed a skillful wrestling game in his previous fights. Aldo looked strong against Moraes and spent most of that fight moving forward, but blindly walking toward Yan isn’t the most advisable strategy, so the ebbs and flows of this bout are likely to be dictated by if and when Yan decides to press forward and attack Aldo.

What It Means: While Rose Namajunas has some of the smoother grappling and submission transitions in the division, her last few fights have really shed light on her progression as a patient, slick and tricky striker. Her left hand is probably her best weapon in that regard, a sort of hybrid jab/hook that can confuse opponents and that won her the belt in the first place.

What It Means: Possibly the strongest fighter in the strawweight division, Jessica Andrade is a model of sheer force. With true one-punch knockout power and explosive attacks at close range, Andrade can change a fight in an instance, which she put on display in her title-winning slam in her first fight against Namajunas.

What to Look For in the Fight: The first fight was a story of what Michael Bisping would call “one-way traffic” in favor of Rose Namajunas until Jessica Andrade somewhat literally turned the fight on its head. Her slam ended the bout, but the questions surrounding the rematch revolve around how good Namajunas looked before that moment. She was piecing up Andrade at range and fighting a relatively smart battle until holding onto a kimura grip for a moment too long when Andrade tried to dive in for a takedown and slam. Surely, adjustments on both sides are expected, but stylistically, Namajunas is probably best-served keeping the fight in open space and at range, while Andrade will need to find a way to get inside without taking too much damage first.